I'm smiling because it's spring (even though the temps don't yet reflect that!) and so this is a just for fun potholder.
Click "download now" link below picture to get pattern.

I've been spending most of my time this past week hanging out with Baby Eli, who just seems to get cuter every single day.  :)  But I'm so happy that Spring is finally here, that I took some time to make up ﻿a set of flower coasters to celebrate the occasion.  :)
Click on the "download now" link under photo to get pattern pdf.

Eli arrived as scheduled on Friday, and he is amazing!  He is 6 lbs 6 oz, and 19 inches long.  I was in love instantly, and I've spent many hours the past few days, holding him and loving on him.  It's nice when they're too little to resist getting kisses.  :)

Here's a picture when he has his eyes open, which hasn't happened a whole lot yet.  But when he does, he seems to be looking around and checking things out. 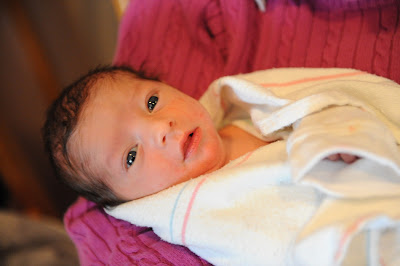 My mom and I made him a few last minute things too.  We had some ribbon left over from the baby shower decorations and stitched it onto some burp clothes we had machine embroidered with his name. 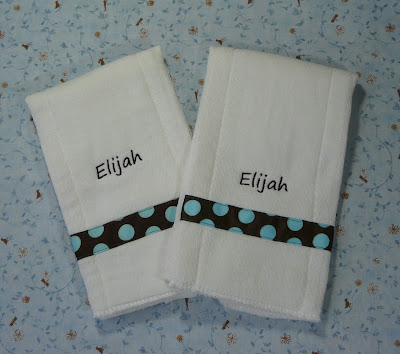 And with leftover fabric from his quilt, we made this bib, using this really nice online tutorial (thanks Jeannie for sending me the link). 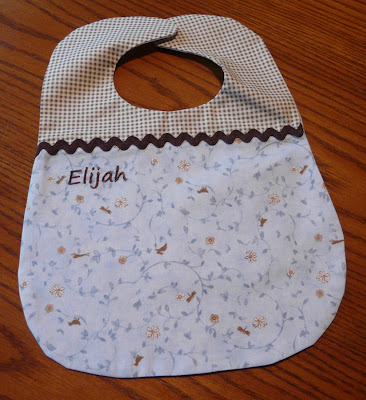 I'm still a novice quilter, so this quilt isn't perfect, but I sure enjoyed making it, and it has lots of love stitched in. I hope that Elijah will enjoy many happy hours snuggled up in it.

Gus kept wanting to "help" me while I was working on it, so it's a wonder I was able to get it finished in time.  I finally had to warm up a batch of towels in the dryer and put them on the bed to lure him away.  He LOVES taking naps on warm towels (yes, he is a tad spoiled, lol), and that usually buys me a few uninterrupted hours.

My sister is having a scheduled c-section, so Elijah will be here on Friday, and I sure can't wait to meet him!  :) 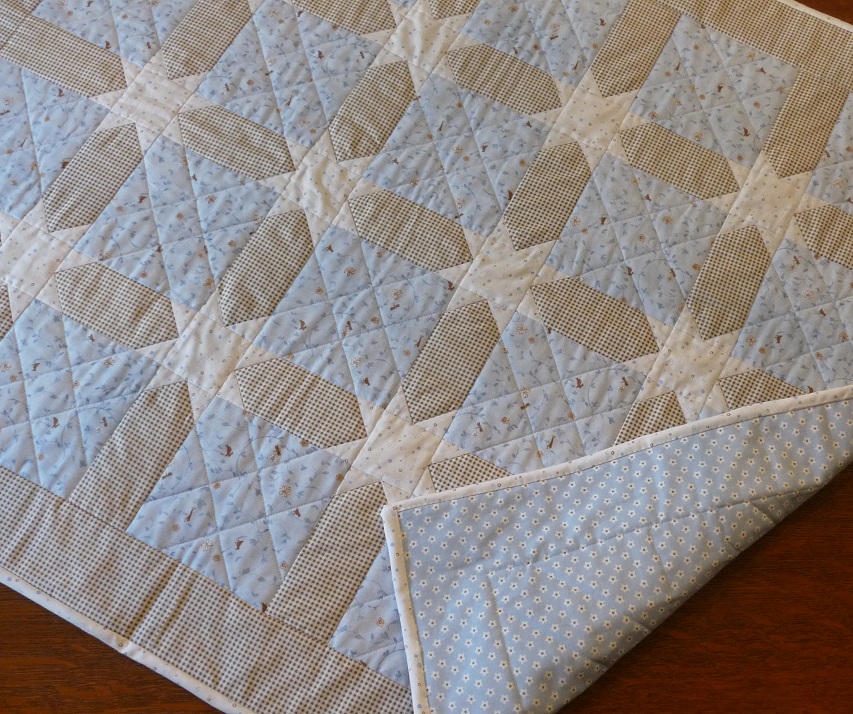 Today is the one year anniversary of the day we adopted Gus and Grace. I call them our little heart-healers because we were broken-hearted after losing our precious cat Bear (pictured below), who was almost 18 years old. When we brought them home, we were still broken-hearted and missing Bear (and actually still are), but those two little kittens were like a bandage of healing love being applied to our hearts, and have brought us much joy, laughter and love in this past year. They seem pretty happy with us too. :)


I wanted to take a current picture of Grace and Gus together for today's post, but I couldn't pull that off, so I had to take them separately. I now know where the saying "like trying to herd cats" came from. :)
﻿﻿﻿﻿﻿﻿﻿

We knew we would get another cat, and we wanted to adopt from our local shelter.  The problem was, neither of us wanted to go to the shelter to look, because we would have wanted to bring them all home.  I went to the shelter's website to see if they listed photos of the pets online that we could look at, which fortunately they did.  I was stopped in my tracks when I saw the photo of little Gus.  He looked just like Bear did as a baby kitten and as soon as I showed it to my husband, he had the same reaction and we both knew we HAD to get this little guy; he was meant to be ours.  And because I wanted  Gus to have a playmate, we also choose Grace from the photos on the website.  She turned out to be as sweet in life as she looked in the picture.  Gus loved Grace right from the start, but she took a little while to warm up to him.  Now they are the best of friends.  :)

I didn't actually name either one of them.  Grace was about 5 months old, and her name at the shelter had been "Sugar".  That was a sweet name, but it just didn't feel right.  My family had come over to meet them that first night, and my sister was throwing out some name suggestions, and one of those was Grace.  As soon as I heard it, I knew that was the perfect name for her.

Gus was about 2 months old, and had been named "Buford" at the shelter.  My husband thought it was hilarious and wanted to keep it. To say I didn't agree would be an understatement!  I didn't like that name at all, and told my husband he could name him anything but that.  So after some thought, hubby decided to call him Augustus.  I like to call him Gussie, and my husband always says to me "His name IS Augustus!".  lol

Here's a few photos from those first few days: 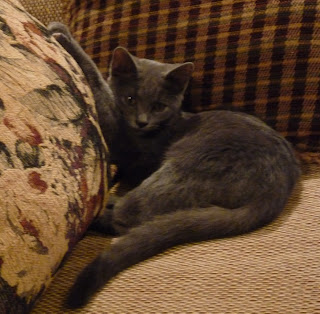 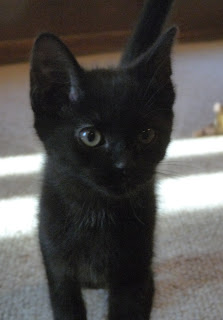 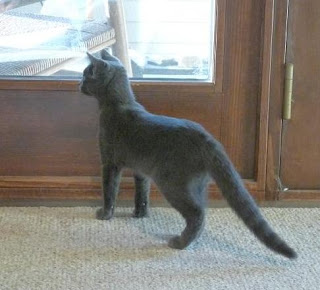 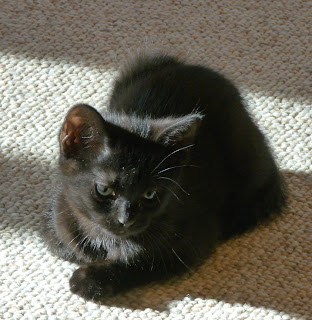