A Batch of Christmas Ornaments

The last few weeks I've been busy working on Christmas ornaments.  The redwork snowmen ornaments are from a machine embroidery disk called "Snowman Collector" that was purchased at Erica's Craft & Sewing Center . There are 24 designs included, and it is also available in a hand embroidery pattern.  I used a digitizing program to reduce the designs from their original size to ornament size, then stitched them out on felt using my mom's Janome embroidery sewing machine.  These were a lot of fun to make, and I plan on stitching more.  :) 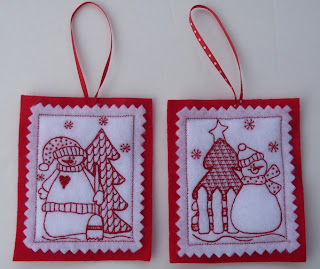 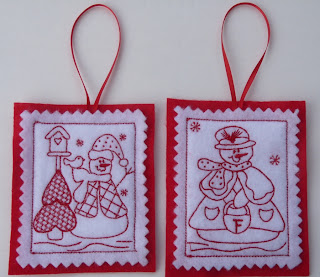 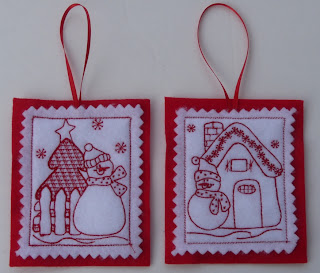 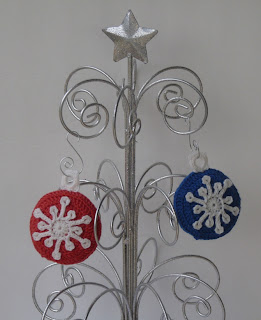 This is a fun pattern to stitch, because the look can be changed just by using different color combinations.  I first made it up using bright, funky colors, then thought it would be fun to make a holiday house.  Besides changing the colors, I also stitched french knots around the house to make the snow, and made little lollipops beside the house instead of flowers.  Pattern can be found in my Etsy Shop 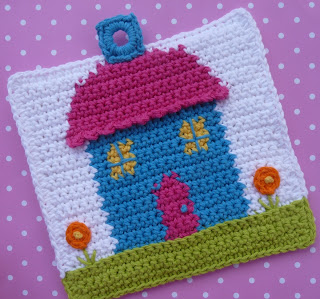 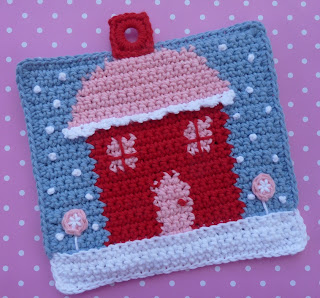 Gus is a Bad influence on Grace

As I've mentioned, Gus is very ornery little guy, and spends most of his waking moments trying to figure out something new to get into.  A few weeks ago, I found him sitting in a basement window, located way up high near the ceiling.  I couldn't believe he found a way to get up there.  And Grace, as usual was sitting nearby watching him.  She loves being his sidekick and watching all his antics, and I knew it was only a matter of time before she started trying some of the things she was learning from him.

For the past week, there have been times when I haven't been able to find Grace.  She likes to find little places to hide and nap, and I figured she must have a new spot that I had yet to find.  This morning I was looking all over for her, and made my way to the basement to take a look.  Unable to find her, I was headed back upstairs when I noticed Gus staring up at something. As I got closer, I saw what looked like a tail dangling from the ceiling.  Took me a minute to process what I was seeing, but apparently Grace had climbed up a bookcase, jumped into the window that Gus had been in a few weeks back, and from there climbed up into this tiny area between the top of a 2 x 4 where the wall has been framed in, and one of the ceiling beams. I don't know how she squeezed in there, and I sure didn't see how she was going to get back out.  Eventually she did come out, and as soon as she did, I moved the bookcase to another wall, and hopefully she won't figure out another way.  :)  Gus is enjoying his status as the "good" cat today,  (although I know the only reason he wasn't up there too, was because his hind end is too big to squeeze into that small area)  :)

Gus is usually the little ornery instigator in our house. And Grace is usually the sweet, gentle one. It must have been time for a little role reversal.  Gus loves when I take warm towels out of the dryer.  I was folding a warm load of towels, fresh from the dryer and Gus came over to check it out.  I laid a warm towel down for him, and he crawled under it and was happily settling in to take a cozy nap.  Only he made the mistake of leaving his tail sticking out from under the towel and that proved just too much to resist for Grace.  She ran over, jumped on him and attacked his tail. So of course, he came out to wrestle with her.  She would wrestle a bit, then run away, and he would crawl back under the warm towel.  But again he would leave his tail sticking out, and again, Grace couldn't resist and would attack.  This happened 3 or 4 times.  Finally Gus just gave up on his warm towel nap and walked away. Poor little guy, I even felt half bad for him.  :)   But Gracie was quite proud of herself.  :) 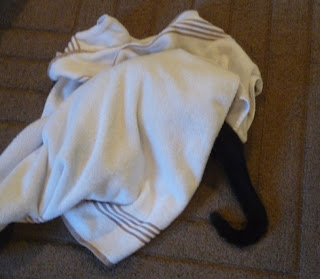 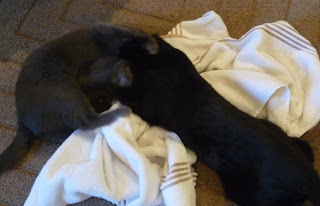 Lately, I've been spending my time working on Christmas projects.  So of course, I had to come up with a new Christmas potholder pattern.  :) Pattern is available in my etsy shop www.bearsy43.etsy.com 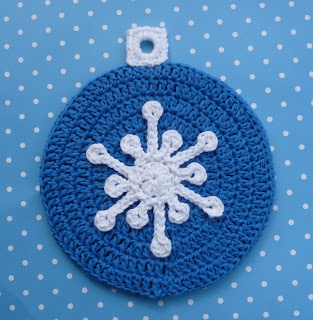 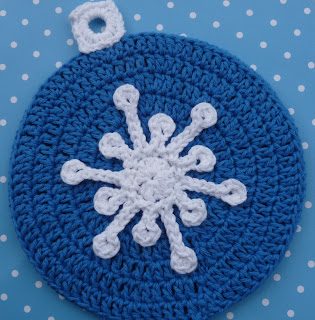 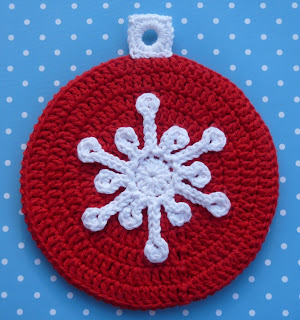 My mom and I made these trick or treat bags for my two godchildren, Sarah and RJ.  My mom has a Janome embroidery sewing machine (actually she has TWO!) and lets me come over and play on them.  Machine embroidery is great, and we've spent many fun hours making all sorts of things.  For these bags,  I downloaded the designs from our favorite machine embroidery site www.emblibrary.com.  Now hopefully, Sarah and RJ will like them so much, they'll share some of their treats with me.  :) 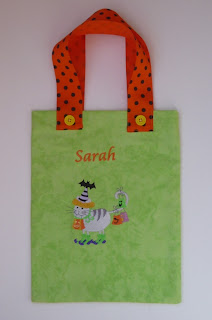 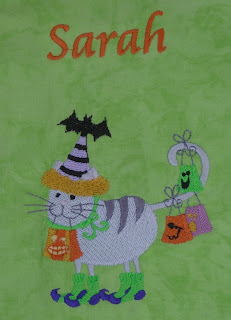 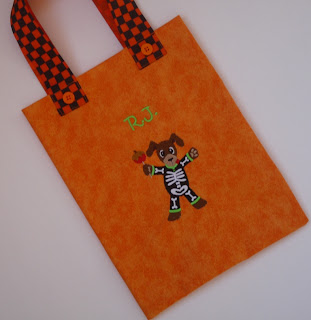 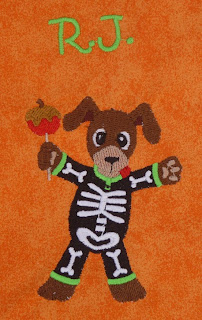 Meet Symon.  He's a black Persian, and although he is my sister's cat, he currently lives with my parents.   Symon's not a typical cat, he actually likes riding in the car.  In fact he gets quite upset if he doesn't get to go for a ride at least once daily. He and my dad are good buddies, and he loves going for rides in my dad's truck.  He usually rides with him to the post office every morning and to get the daily newspaper in the afternoon. I've been there when he decides it's time to go for a ride, and he will very verbally let my dad knows that he's ready to go.  My dad is a photographer and took this picture of Symon a few years ago.    I love this picture so much that my sister had it printed onto a tote bag for me.


And here's my favorite Halloween decoration.  My mom made this for me and I love that it has a black kitty on it.  :) 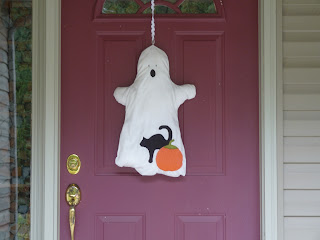